The last thing you’d want when you’re ready to leave is car problems, particularly when your car won’t just start! It can be very frustrating, to say the least, but it’s fairly common. Many car owners have obviously experienced this. It isn’t fun when your car won’t start, especially if you’re in hurry.

If your car fails to start, you don’t have to worry because, in this article, we’ll tell you what you must know and what you should do to get the car going. In doing so, at least you’ll not feel hopeless or frustrated, though it might take a little more effort and time than what you had anticipated.

So, what exactly happens if your car won’t start and what’s the problem?

Reasons Why Your Car Won’t Start

There’s a myriad of reasons why the car won’t start once your turn on the ignition. However, some reasons are common than others, and that’s why we’ll focus on them.

Perhaps a dead battery is one of the most common reasons why your car won’t start. There are different reasons why the car battery can drain. For instance, you might have kept the car’s headlights on while parking or even forgotten to switch them off while on the road. This can cause the battery to drain. 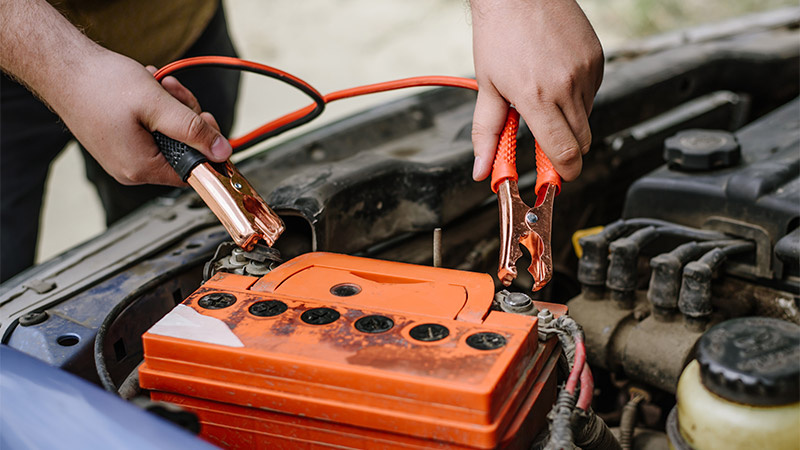 Other possible reasons could be evaporation of water in the component that can lead to poor conductivity, a loose wire, or long usage of the car battery itself. It’s very hard to pinpoint the cause, but the result is that the car won’t start. The best thing you can do if this happens is to change the car battery.

You can use jumper cables to find out whether the dead battery is the issue. If the car starts, then definitely it’s the dead battery. Moreover, if the car won’t start, look for other possible reasons.

If you’ve checked and known for sure that the car battery isn’t the problem, the next thing you should check out is the ignition switch. If the car won’t start after several attempts, the reason might be a bad ignition switch. 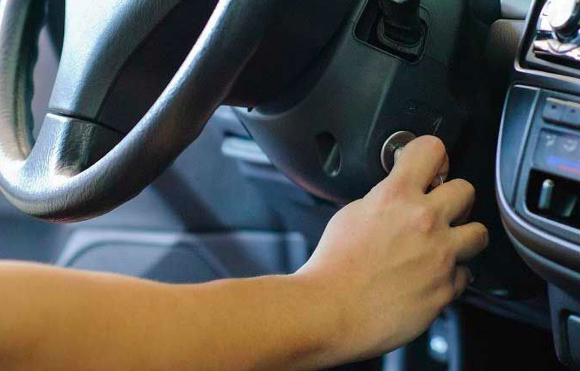 You can also check whether the problem is with the ignition switch by carefully turning your ignition key to a start position and then you let go of the key. Thereafter, you can allow it to come back to the “ON” position and look at what the warning lights tell you (if they blink). If the warning lights go out after the switch snaps back in, then your ignition switch needs fixing.

To check out whether or not the broken starter is the problem, look out for the clicking noise when you turn on the ignition. If you can hear it, the cause is a problem or a weakened starter.

The fuel filter should always be clean to make sure that the gasoline flawlessly reaches the engine. Technically, you should change the fuel filter after every 10,000 – 15,000 miles, to prevent the filters from getting clogged. If the fuel filters get clogged, the fuel cannot reach the engine and the car will not start. How to know whether the clogged fuel filters are the problem?

The best you to find out whether the clogged fuel filter is the cause is by opening and checking it. The most important thing is to change the fuel filter after every 10,000 – 15,000 filters. If the fuel filter hasn’t been changed for a while, you should consider changing it and then check whether the car starts now.

Today, most cars come with a security system or immobilizer that allows the vehicle to only start if the right key or start code is entered. Your car key and the ignition key have a chip and this must match, else the car won’t start. Car manufacturers do this to give extra security to the car and prevent it from being stolen.

Once the right ignition key is inserted chip coding in the key and ignition system matches, security lights turn on for a few seconds and then automatically turn off. That’s a good sign that everything is fine.

However, if the security light doesn’t turn on within a few seconds, or continues flashing, this means the security system has a problem. This won’t allow your car to start.

If you take a closer look at this, it’s a logical mechanism. If a person tries to use the wrong key to start the key, it’s likely a thief who’s trying to steal the car. This causes the car’s security lights to come on and then your car will not start. The entire system should keep the car safe from thieves and any person who tries to compromise the car as well as its security system.

Sometimes, you could by mistake insert the wrong car key, more so if you own multiple vehicles. If this happens, you can then reprogram the car keys. You can find this information will be available in the owner’s manual. However, if you cannot find the information, just Google it and there will be sufficient information and even videos on how you can program the car keys. You just need to ensure you look for the right make and model because the programming technique might vary from one car make to another.

Although this can be an obvious cause, it’s something we don’t think about often. If you’ve been driving around for a while without refueling, an empty gas tank could be a possible cause why the car will not start.

The good news is that this problem is very easy to fix, just grab your wallet and buy some gas.

Since we’ve taken you through the most common reasons, it’s great to ensure you feel better. In most cases, you can easily identify the cause of the issue and quickly fix it, particularly in some easy-to-fix issues like an empty gas tank.

If you can’t fix the issues by yourself, or if you can identify the main cause of the issue, it’s best if you can contact a car repair technician and seek to help him to fix your ride.

However, there are a few ways to identify the main cause of the issue.

How To Identify The Cause?

Below are some of the things that you could do to identify the issue:

If you’ve read through this guide, then you know the most common reasons why your car won’t start and ways to detect it. Let’s now delve into what you should do to start the car.

Sometimes you’ll need to seek help from a technician, particularly if it’s a dead battery, starters, broken cables and such kind of things. However, in the case of cables or a weak battery, you could start the car to get it started.

To successfully do this, you’ll need the best jumper cables and some knowledge on exactly how to go about it.

Essentially, jump-starting is a great way to start your car, especially if it has a weak battery. All you have to do is repair the jumper cables.

About the Author: Alice